Cryostasis is a game where you, the unnamed protagonist, visit a nuclear icebreaker to find it covered with ice (oh, the irony) and populated with zombies. Initially your only goal seems to be figuring out what the hell happened, but it soon turns out you can actually make a difference in the catastrophe. 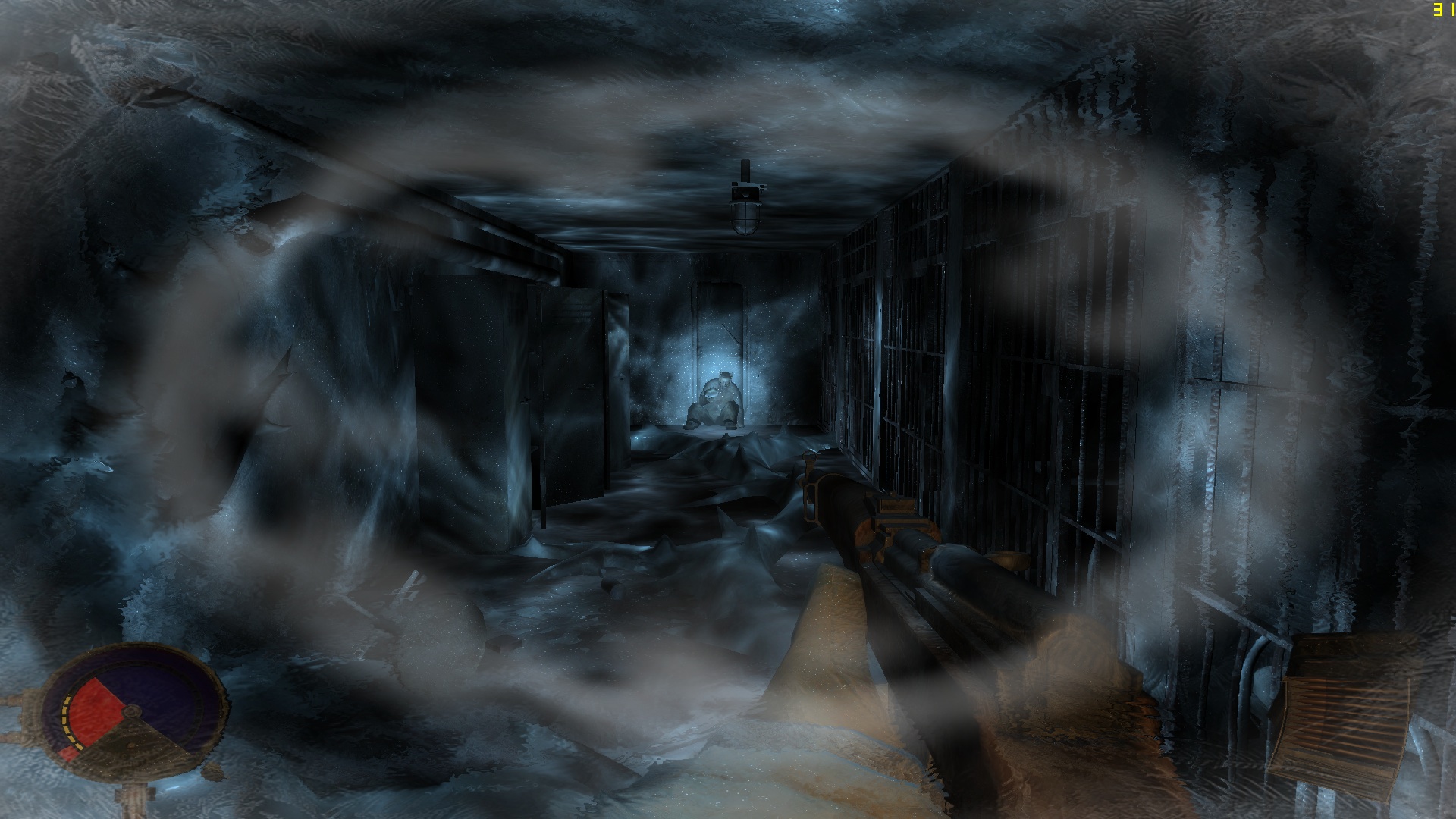 Cryostasis is shooty horror rather than survival horror: think System Shock, not Amnesia. The shooting is spoiled by being “realistic” and clumsy, but this is a “survival” game after all (Except for the piss gun; that one just asks for nerfing).

The opponents are lovely Thing-ish and Lovecraftian, though no one explains how they came to be that way. From run-of-the-mill grunting zombies to siren-wailing, machine-gun-toting cloaked… Nazis(?), there’s plenty variety to shoot at. 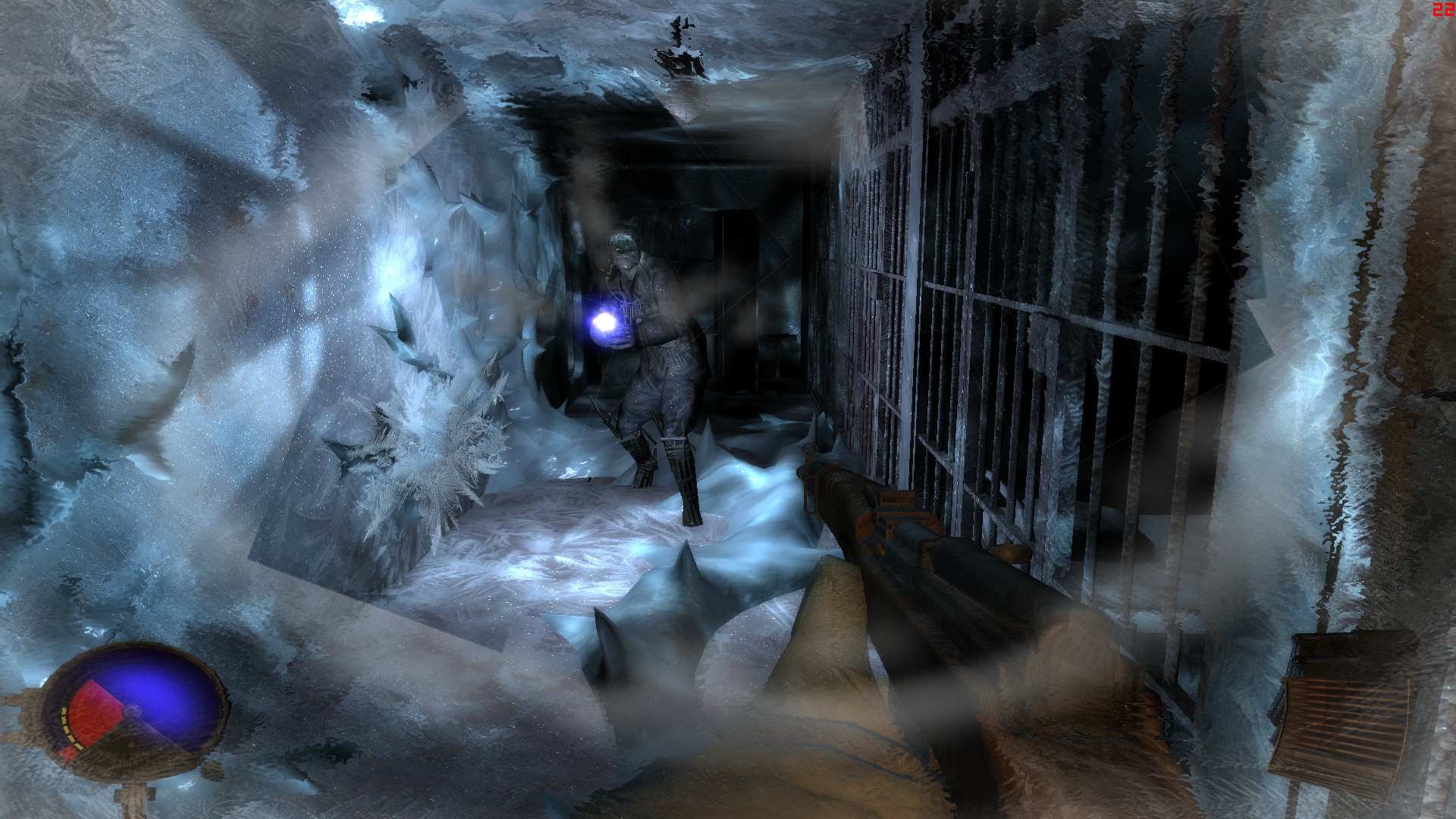 The shooting is nicely mixed with exploration and exposition sections. The game has two unique mechanics which I have enjoyed. One is the “heat” mechanic: the whole ship is frozen solid and you go around turning on heat to stay alive. It’s sooo beautiful when you enter a frozen room, covered in ice crystals, with icicles hanging from the ceiling, then flip the heating switch and watch the ice slowly melt away. Lighting is great in Cryostasis; the environment makes almost a Silent Hill-ish transformation from icy blue tones to rust tinted with yellow lightbulb light and red glow from heating elements. 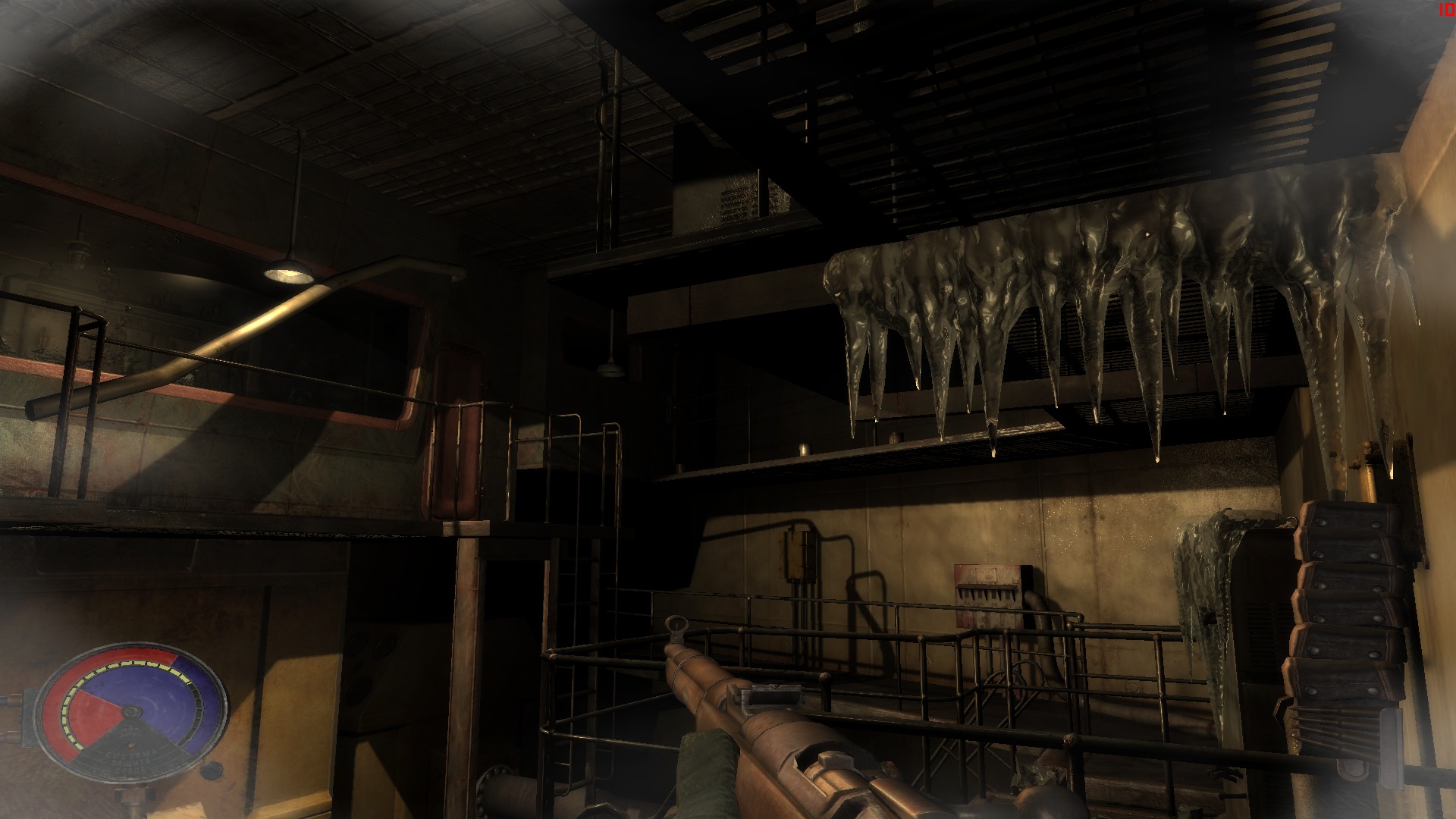 The second mechanic is “mental echoes”, where you can “quantum leap”™ into a dead man’s body and save his life in the past by doing something right. The echoes range from linear exposition stuff to fun environmental puzzles; this is where most of the story building happens. All of the echoes seem to happen at the same moment of time when the ship hit an iceberg; you get to see the same situation from a multitude of angles.

There are some moments that were so unique that I stopped and smiled at them; no spoilers here, you’ll have to see for yourself.

Cryostasis aims to deliver a simple moral, which is “be nice to people” and “don’t be an asshole”. In the atmosphere of frozen polar barrens and spartan life on a military vessel, it seems quite appropriate.

You’ll need a modern and powerful (by 2012 standards) PC to run Cryostasis properly; I guess this comes with having your game title start with “Cry”.