Слава Україні! Героям слава!
🤖🚫 AI-free content. This post is 100% written by a human, as is everything on my blog. Enjoy!

How to build MAPS.ME for Mac OS X - an offline OpenStreetMaps browser

Warning! You can still build the executable for yourself following the instructions, but I have troubles with bundling it, and downloading maps. If you get it working please share your solution. There’s still no official or supported method to building the app for macOS.

A couple of weeks ago MAPS.ME, one of the best offline map applications for mobile (for advertising parity, the other one I use is Skobbler), has gone open source, and as part of the release, now the app has an OS X version. Before this there was no native Mac OS X application for browsing OpenStreetMaps offline, so I was really excited to get this running. 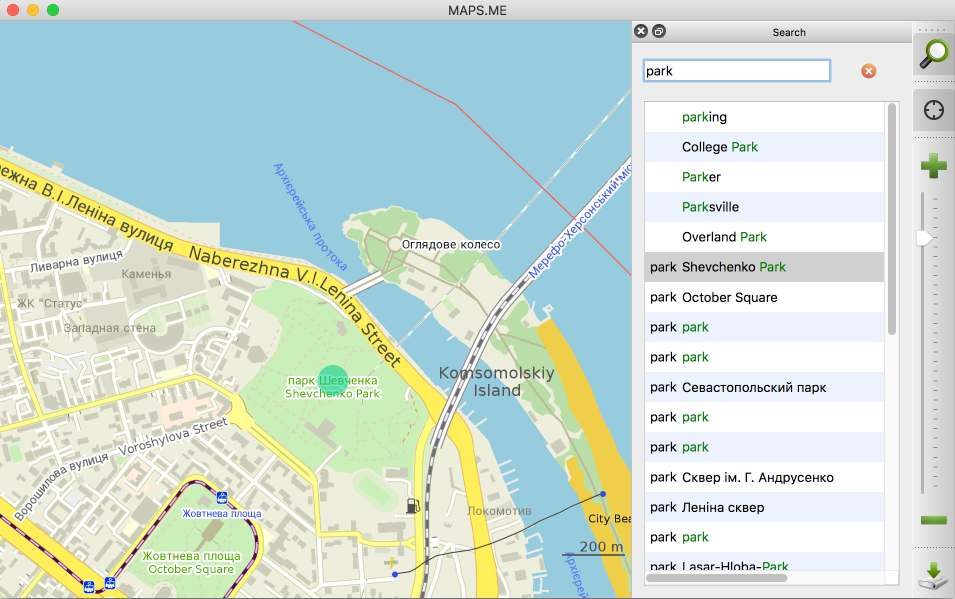 At the present moment, it lets you browse the map and search for features. There is no routing or favorites or any other fancy stuff, but it’ll be useful in a pinch.

As the app is clearly not up to release standards in terms of features, you’ll have to build it yourself.

These steps no longer work:

Done! You should now have a working build of MAPS.ME for your desktop.